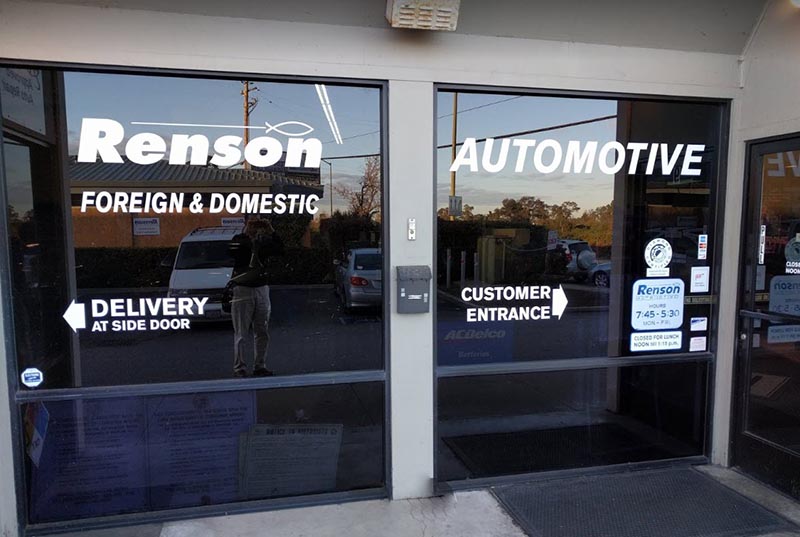 Saratoga offers a quaint, small-town feel in the heart of the San Francisco Bay Area, directly west of San Jose. This affluent city of roughly 30,000 people is well known for its wineries, boutiques and upscale dining.

Saratoga was founded in 1847 by William Campbell, father of Benjamin Campbell who later founded the town that bears their name. In the early years, Saratoga was an agricultural area like much of Santa Clara County. The city was incorporated in 1956.

Unlike surrounding communities, Saratoga retains some of its orchards and vineyards to this day, while serving as a bedroom community for Silicon Valley. Saratoga real estate is anything but a bargain. The city has been named the most expensive suburb in California, as well as the most expensive housing market in the United States. The Blue Hills neighborhood of Saratoga has many hiking trails for outdoor enjoyment.

Renson Automotive is proud to serve Saratoga drivers with outstanding auto repairs and service. With thorough customer care, friendly staff members and knowledgeable technicians, you can expect the highest level of expertise and skill in every job we perform. Our shop is conveniently located in nearby Campbell, where we look forward to meeting you and earning your business.

Send Us A Message

We are a Digital Shop

Our technicians use the latest technology to not only tell you if there are any issues with your vehicle, but show you. If we uncover an issue the photo will be e-mailed to you for your records. At the end of every visit you will receive a detailed report regarding the general health of your vehicle. Our #1 goal is to keep you safe on the road.